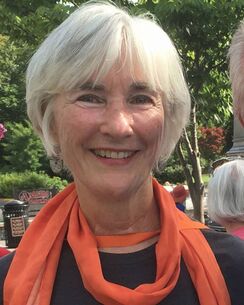 Cathy taught English to both underserved youth and gifted youth and was an assistant principal of an urban school. After earning her Ph.D. in organization development, Cathy consulted with Fortune 100 companies as well as organizations ranging from Lawrence Livermore Laboratory to health care systems. She also applied her experience and expertise in organizational analysis, strategic planning and meeting facilitation to community arts organizations. After her consulting career, Cathy pursued an art career, exhibiting her artists’ books and prints in Europe, Africa and the U.S.. Since 2015, Cathy has dedicated her expertise in education, organization development and art to mobilizing grassroots efforts to prevent gun violence through Vision Quilt. She is a member of
Oakland's Violence Prevention Coalition and the Oakland Frontline Healers.
​ 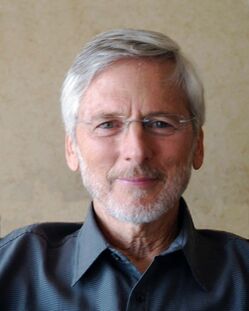 Leon Pyle
​Board Treasurer
​
Leon is an analytically trained clinical psychologist. He has worked in federal prisons, low-fee urban therapy centers, in schools, and with patients in private practice. Leon is also a philanthropist, targeting small nonprofit organizations involved in social justice and educational issues with underserved individuals and communities. Leon was previously a real estate developer in Germany and in the U.S. and is passionate about learning foreign languages. His current work includes creating a micro- finance partnership in Senegal for underserved youth, women and men. 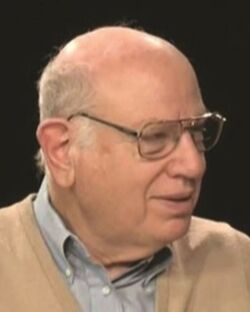 Herb Rothschild
Board Secretary
​
After earning his PhD from Harvard, Herb taught English literature at Louisiana State University for 22 years. While there, he founded an ACLU chapter in Baton Rouge and later served as state president and legislative director. In 1978, he founded the Center for Disarmament Education in Louisiana. From 1987 to 1990 he served as executive director of New Jersey SANE/Freeze (now Peace Action). After returning south to work at the University of Houston, in 1999 he founded the Houston Peace and Justice Center. Until recently, Herb chaired the board of Peace House, serving as de facto executive director. He also frequently teaches courses in the Lifelong Learning Institute at Southern Oregon University. 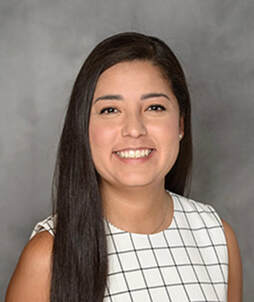 Nidya Baez is the Principal at  Fremont High, her Alma Mater, where she enjoys supporting the goals of all of Fremont's students, families, and staff.  When Nidya was a 3rd grader at Whittier Elementary, her father was shot by a young person, while selling ice cream near her school.  While he survived for a few years, Nidya's life changed dramatically and this has shaped her community work and dedication to restorative justice in schools.  She earned her Bachelor's Degree at the University of California, Berkeley and later her Administrative Services credential from California State University.  At 16 years old, she knew she wanted a career that would allow her to work alongside her community by helping to increase youth voice and leadership as a means to end violence. 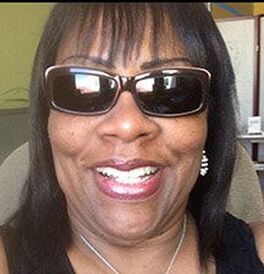 Michelle Fitch
​Board Member
Michelle Fitch was always deemed, “A natural. A teacher at heart.”  However, she  wanted to learn business and worked her way up from a little office in Ohio to the headquarters in Pleasanton, CA.  But when her daughter was in kindergarten, her teacher labeled her and peers shunned her.  So Michelle decided to study literacy, and concentrated on teaching her daughter.  Michelle obtained her master's degree as an educational specialist and  studied brain research in metacognition, emotional intelligence and character development. Michelle then felt compelled to give other struggling students the same advantages that she was able to give her  own. Her desire to give back to Black and Brown kids in underserved communities led her to training teachers in the Tenderloin in SF. Currently, she teaches at Lighthouse Community School as an Academic Intervention Specialist and an Alder resident mentor. 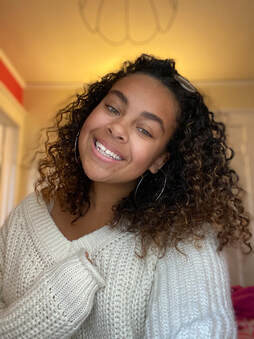 Chloe Armstead
​
Chloe Armstead is a student at Oakland Technical High School, currently in their Race, Policy and Law Academy studying racial justice, police brutality, and the prison system. Chloe was raised in Oakland, California and has participated in many volunteer opportunities throughout the community. From the age of 4, she went to an art summer camp and eventually became a counselor in training from the age of 11 to 15. Starting in elementary school, Chloe fed the homeless twice a year and continued that work for seven years. In 2019, she was an intern for Alameda County Judge Charles Smiley. Currently, Chloe is an intern for Vision Quilt, promoting Vision Quilt’s work through social media and helping to organize three youth-led conferences as part of the Oakland Frontline Healers.  Each conference addresses one of these key issues: Covid safety, mental health and academic needs, violence prevention and restorative justice. Allen Carr, MBA
​
Allen has worked in the financial services industry for over 20 years. He is currently a Director of an Institutional Alternative Investment Management Firm. Allen is responsible for cultivating relationships and supporting the current shareholder base of Registered Investment Advisors (RIAs), Family Offices, Private Banks and other accredited investors. Allen has volunteered with Berkeley Scholars to Cal and served on the board of directors for the YMCA in Berkeley. Allen received his MBA from the University of San Francisco, and remains an active member of the MBA Alumni Society Board. 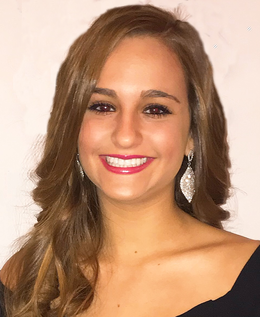 Julia Cordover
​
Julia Cordover is a Junior at the University of Florida studying in the college of Journalism and Communications. Julia served as Senior Class President for Marjory Stoneman Douglas High School in Parkland, Florida during the February 14th, 2018 mass shooting at her school. Over the past two years, Julia has become an active voice and student leader on the importance of gun safety and gun reform. Julia has been continuing to work with The Brady Foundation representing this youth movement of change. With her goal to inspire and encourage change makers to support the critical cause of gun violence and the importance of youth voting, Julia has been invited to speak at the White House, the Social Innovation Summit in San Francisco, Cannes Lions in France, The Skimm in New York City, and more. Julia received an award at the Children Defense Gala in NYC in February of 2019 for being a student activist with other honorees Chelsea Clinton, Eric H. Holder and James Shaw Jr. 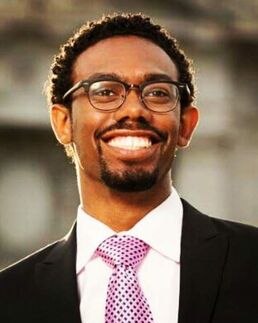 Melvin Cowan, MPA
​
Melvin is Deputy Director at Building Opportunities for Self-Sufficiency (BOSS), an Alameda County-wide non-profit organization tackling the root causes of poverty and homelessness. Melvin serves in leadership roles for a number of Oakland grassroots initiatives aimed at mobilizing and elevating the needs of Oakland's most vulnerable residents. Melvin served as Co-Chair of City of Oakland’s Violence Prevention Coalition for three years. Melvin also coordinates public forums to inspire civic engagement in an effort to foster safer communities for youth and their families. Melvin received his Master of Public Administration from the University of San Francisco’s School of Management, where he was recognized with an “Outstanding Public Service Award” for superior academic performance, outstanding service to the community, and promotion of social justice. 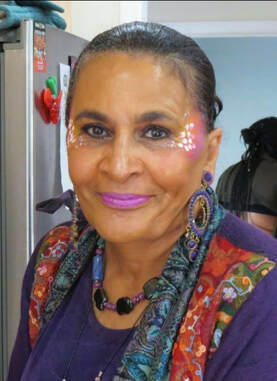 Tanya Dennis, M.A.
​
Tanya is a writer, educator, reporter, activist and thought leader. She is a reporter and editor for the  Post Newsgroup and was a school administrator for 4 years and a teacher for 45 years.  Ms. Dennis has led social justice campaigns and art presentations for over fifty years. Dennis has been involved in social justice issues for housing, probate reform, education, reparations advocacy, and COVID-19 response.  As CEO of Black Leaders Coalition, she advocates for reparations for Enslaved Africans. As Director of Media and Communications for Oakland Frontline Healers, she organizes her team to produce marketing materials for 26 non-profits and two medical facilities. As board chair of Adamika Village, she created the "Peace in the Streets" campaign, a year-long violence prevention initiative for Oakland. 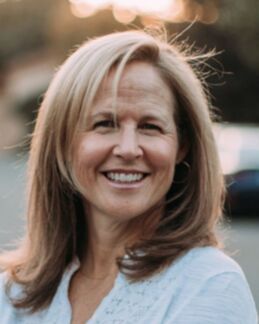 Karen Fee, M.Ed.
​Karen Fee is the Director of Development at Lighthouse Community Public Schools in Oakland, CA. where she raises funds to provide educational resources for students in East Oakland. She taught elementary school in Louisiana as a Teach For America Corps member in the early ‘90s and continued to teach in East Palo Alto before raising her family in Oakland. A proud member of Moms Demand Action, Karen looks to the work of Vision Quilt as an important part of the multifaceted approach necessary to stop gun violence. Jeremy Fish, MD
​
Jeremy is the Director of the Family Medicine Residency Program at John Muir Health. He has worked in the field for over two decades, including a decade of serving as the Program Director of the Contra Costa Family Medicine Residency Program. He also previously worked with the California Association of Family Physicians (CAFP) to create the California Residency Network, which consists of more than 50 residency programs statewide. Jeremy received his Doctor of Medicine from UC Irvine College of Medicine, and he was a Faculty Development Fellow at UC San Francisco. 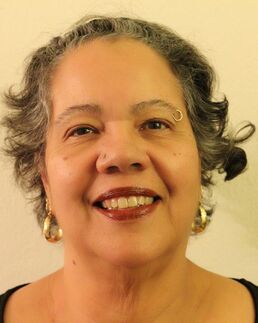 Michelle La Place-Watts, MA, LMFT
​
Michelle is a culturally relevant trauma therapist who believes the etiology of trauma is rooted in systems of oppression. She is the Mental Health & Violence Prevention Program Manager for Catholic Charities East Bay, where she oversees the Path Two program. She works with parents and children to strengthen families, and help children stay safely with their families in their home. Michelle also serves as Program Manager for Experience Hope Oakland, operating three-school based programs in Oakland and San Leandro, and focused on youth empowerment and self-advocacy. As a clinician Catholic Charities, she works with surviving families in the Homicide Unit, Crisis, Response, and Support Network. Michelle is a Licensed Marriage and Family Therapist, and she received her Master’s in Counseling Psychology from Saint Mary's College of California. 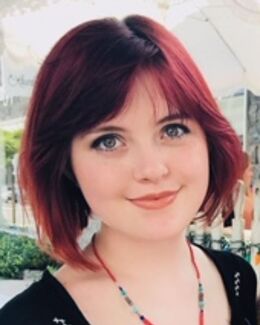 ​Gracie is an 18 year old artist and activist who dreams of changing the world. She is a 2019 Giffords Courage Fellow. Accompanied by Gabby Giffords, Gracie lobbied U.S. Congress for safer gun laws. Gracie is Regional Director for March For Our Lives for Ventura County. Gracie has hosted several events for survivors and youth in the Los Angeles Area including a Vision Quilt workshop. Her art work addresses gun violence, social justice, and youth leadership. In 2020, Gracie traveled to Washington D.C. to occupy Senator Mitch McConnell's office and deliver her art to members of Congress, urging them to take action to prevent gun violence. Gracie’s art can be viewed on Instagram.